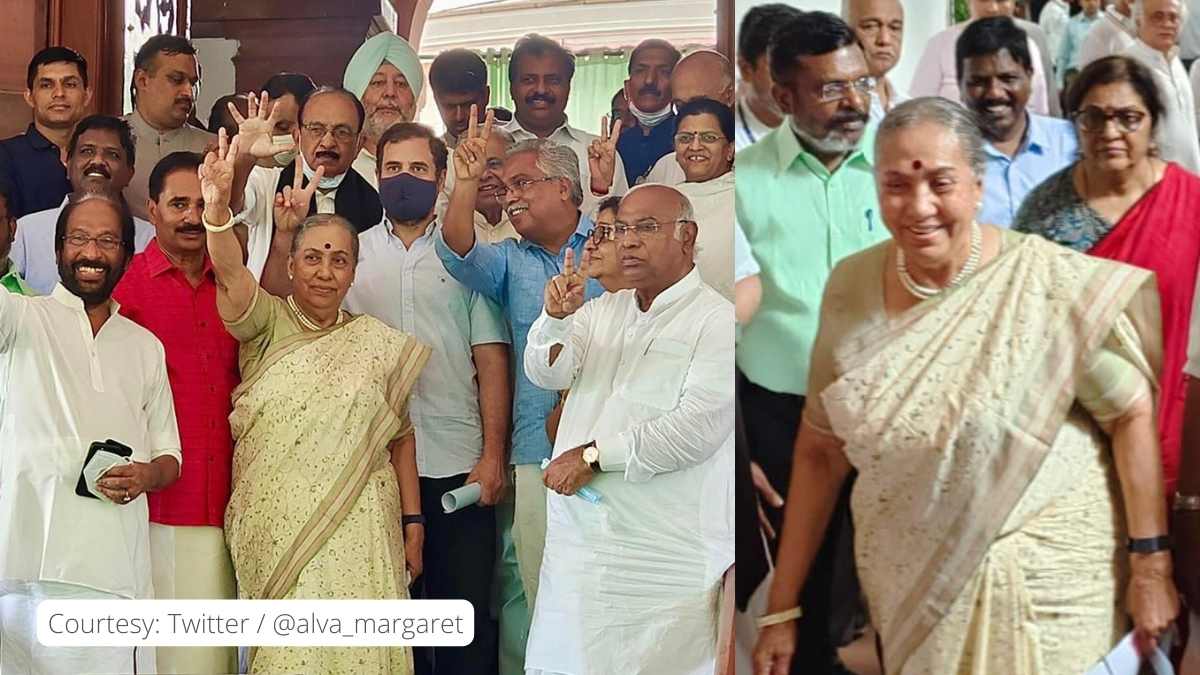 Margaret Alva is the face of the Vice Presidential election from the opposition party. A meeting was held in New Delhi, where Congress party as well as 17 other party members were present. Alva has held various positions in politics, including Cabinet Minister, Governor, and Member of Parliament. The Congress Party’s President, Sharad Pawar, announced this information after the meeting was held.

According to the sources, AAP, Trinamool and other left parties will also support Mrs. Alva for their candidature. After the decision came, the leader of the Shiv Sena, Sanjay Raut, said that all the opposition parties had supported this decision.

Mrs. Alva will file her nomination papers on July 19th, which is also the deadline for filing nominations for the upcoming elections.

Margaret Alva was born on April 14, 1942. She did her bachelor’s in LLB from Mount Carmel College and Government Law College, which are situated in Bengaluru. She was elected four times to the Rajya Sabha and for one term in the Lok Sabha. She also held the position of Governor in several states, such as Goa, Rajasthan, Gujarat, and Uttarakhand.

Khushi Singh is a graduate of journalism and mass communication. She loves to write news articles and is passionate about living life and following dreams.

Bride demands guests pay for their own food