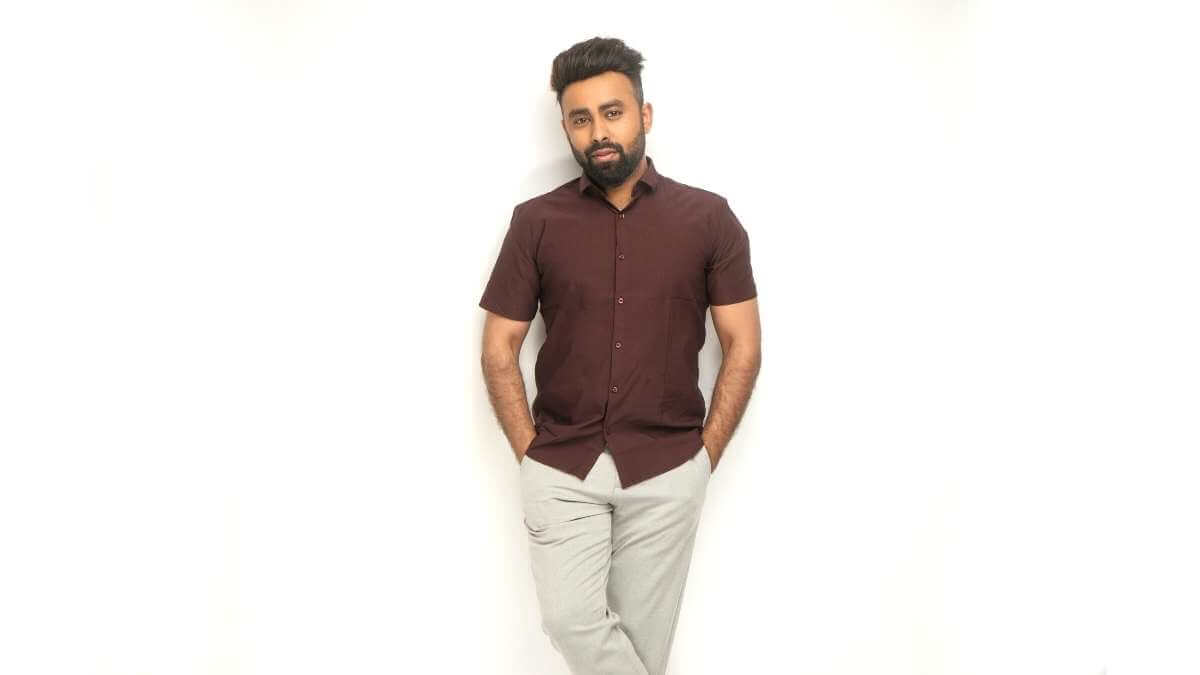 One look at this picture and you might wonder how similar the look is to the character of Dr Kabir in the superhit Shahid Kapoor-starrer Kabir Singh.

But hold it, it’s not who you think! This young lad is actually debutant actor Samarpan Singh and he insists he is “very very different” from the self-obsessed man-child character of Dr Kabir who makes his painful way into a sort of adulthood in the movie.

“I am nothing like that,” laughs Samarpan, who recently made his debut in the web series LuvDown. The series was watched with appreciation and anxiety by viewers during its initial run on Disney+ Hotstar and has got a fresh lease on YouTube. Laced with sarcastic humour, LuvDown is a rom-com revolving around the story of a couple stuck together in a flat during the pandemic.

“Don’t judge me by the looks,” quips Samarpan. “I’m much more chilled out than the ultra-hyper Kabir. I don’t believe in putting a stamp of ownership on people, and my friends say that I am one of the most understanding and accommodative friends they have had in their lives,” says Samarpan.

But if there can be one thing similar to Dr Kabir Singh’s character (apart from his current look), what would that be, we ask Samarpan. “I think that would be his passion,” quips Samarpan who is actually also a doctor in real life.

Don’t be surprised if you soon see this intelligent and handsome intense-looking new talent in Bollywood.

Bringing you engaging and informative content on the Indian entertainment industry and some of the interesting aspects it has to offer.